Experience, Dedication, and Commitment. The professionals at The Law Offices of Phil LeVota can help you with a wrongful death/serious personal injury case, real estate questions, or legislative lobbying efforts. The diverse practice of this firm will have the answers for you. Call them now to schedule a  free consultation about your issue. 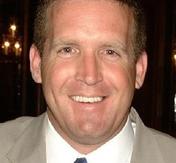 We'll help you find your way.

Phil LeVota is a trial attorney and a life-long resident of Jackson County, Missouri.  Phil attended Truman High School in Independence and received a Bachelor of Science degree from Central Missouri State University in Warrensburg in 1988.  He was a member of Sigma Phi Epsilon fraternity and held many leadership roles in the organization.

After college, Phil worked for the State of Missouri in the Division of Child Support Enforcement for four years.  In the position of Manager and Public Awareness Director, Phil was responsible for the supervision of a team of investigators and office staff in enforcing state administrative law.  He also was appointed to the Governor’s Public Relations Task Force as well as representing the agency in media interviews and speaking engagements.  During this period, Phil was elected to the Board of Directors of the Missouri Child Support Enforcement Association.  Later, he received his Masters degree in Management from Baker University, which he had completed while working full-time.

Phil was then able to pursue his lifelong dream of being an attorney.  In Phil’s first year of law school, he was ranked in the top fifteen percent of his class.  While attending the University of Missouri-Kansas City Law School, Phil was a member of Law Review, was selected to the UMKC National Trial Team, and was twice listed in “Who’s Who of American Law Students.”  During law school, Phil was employed as an Administrative Hearing Officer dealing with administrative law issues for the Department of Social Services.  In his last year of law school, Phil worked in the Jackson County Prosecuting Attorney’s office in Kansas City, Missouri as a legal intern licensed to practice law in Missouri courts.  Even before graduation, Phil had numerous court appearances and was involved in eight jury trials prosecuting criminals on behalf of the State of Missouri.

After graduating from law school, Jackson County Prosecutor Claire McCaskill appointed Phil as an assistant prosecuting attorney in the criminal trial division.  As a trial prosecutor, Phil tried numerous jury trials ranging from murder and assault to drug cases.  He also has argued successfully before the Missouri Court of Appeals.  Further, Phil specialized in prosecuting gang violence as the designated Gang Prosecutor for the Kansas City Police Department.  Phil has served on the County Homicide Case Review Committee, as well as the Jackson County Prosecutor’s Death Penalty Review Committee.

Phil LeVota served under four different state prosecutors as the Trial Team Leader within the Community Justice Unit of the office for over a decade.  His duties ranged from homicide prosecution to media contact and office spokesman as well as coordinating several law enforcement and community task forces and committees.   In 2006, Phil opened his private practice and law firm; The Law Offices of Phil LeVota, L.L.C.. The firm’s practice is diverse in areas of state/local government practice, plaintiff litigation in wrongful death/personal injury, professional/motivational speaking, criminal defense, and campaign consulting.  Phil is also a certified court mediator and is involved in mediation and arbitration in referrals from many courts in the Midwest.

In his personal time, Phil worked with citizens concerned about the release of prisoners.  Phil was the co-author of, and lobbied for, the passage of the Jake’s Law bill that was signed into law by Missouri Governor Bob Holden. Phil also worked with the Missouri General Assembly for passage of a “Child Enticement” law to protect children on the Internet and in neighborhoods.

Phil is licensed to practice in Missouri, Kansas, and Federal District Courts.  He served as Legal Advisor for the Eastern Jackson County Youth Court Program and served on the Board of Directors of Hope House Shelter for Battered Women and Children.  Phil is a former board member of KKFI 90.1 FM - Blues & Jazz Community Radio Station.  He was also a member of the Paseo Corridor Safe Neighborhood Grant Advisory Council and the Executive Director of the "SHOW-ME" Council for Accountability & Responsibility in Government.  Phil has participated as a speaker in over 100 DARE graduations in elementary schools in Jackson County.  Phil also was appointed by the Independence Police Department as a board member of the Juvenile Law Enforcement Coalition Committee.  Phil was also member of the United States Attorney's Weed & Seed Steering Committee responsible for the administration of law enforcement and community grants in Kansas City, Missouri.

Phil has extensive experience in training and speaking for different organizations.  Phil is active as a speaker, instructor, and trainer for the Missouri Bar Association in moderating and teaching continuing legal education seminars, the International Homicide Investigators Association, and the Midwest Gang Investigators Association.  He also has experience as a trainer and presenter for the U.S. Department of Justice Law Enforcement Education Program and as an instructor for both the Kansas City Police Department Crime Scene Investigation Academy and the Kansas City Police Officer Academy.  Phil is also on the training staff of the Missouri Office of Prosecution Services conducting training for prosecutors across the state of Missouri.  Phil is also a popular conference speaker and trainer across the country and travels from West Virginia to California to give presentations to many groups.

Phil received the honor of being selected by the National District Attorney’s Association to be a member of the faculty at the Department of Justice’s National Advocacy Center in Columbia, South Carolina. Phil was one of only 40 prosecutors across the entire nation selected to participate in training at the Office of Legal Education’s new state of the art training and technology center.  After Phil attended an Advanced Trial Advocacy course as a student, he was nominated by the faculty to be a teaching member of the faculty and then taught a variety of subjects to prosecutors across the country for many years.  As a faculty member, Phil instructed courses ranging from Trial Advocacy to Cross Examination.

Phil has been involved in politics for over twenty five years and is an elected member of the Missouri State Democratic Party as well as the Jackson County Democratic Committee. where he served as Chairman.

Phil has been active in the media as a host of his own weekly political radio talk show, “Dialogue With Phil LeVota” on Hot Talk 1510 KCTE and has been a regular contributor on 710 KCMO’s ‘Monday Morning Match-up’ discussing the political news of the week.  In television, Phil is a sought after political and legal analyst for WDAF Fox 4 and other local KC Stations.  Phil recently was honored to win an Emmy Award from the National Association of Television Arts & Sciences for his work as a host and producer for his work on the weekly television program, “The Power of KC” (www.thepowerofkc.com) showcasing the great people of the KC metro area.  Phil was also elected to serve on the board of the National Association of Television Arts & Sciences, Mid-America Chapter.

Phil also is the President of Midwest Mediation and Consulting LLC that offers mediation, lobbying, and campaign services and their client list consists of the city of Independence, the city of North Kansas City, Shook, Hardy, & Bacon, Hope House Shelter for Domestic Violence victims and many others that they work for in Jefferson City and Washington D.C..

Phil recently released his new book, "His Name Was Murder."  This book tells the story of five different homicide cases from Kansas City, Missouri as told by Phil who handled the cases himself.  Five different stories are the five chapters that tell the different tales of true crime from the criminal's perspective, the police perspective, and the prosecution perspective.  More info at: www.hisnamewasmurder.com.